What Is A Bunion?

For most, a bunion is defined as a prominence or ‘bump’ near the big toe joint. When seen with the naked eye, however, we don’t get the whole story. The bump that ‘develops’ over time is the result of the slow drifting of a bone in the foot that in essence causes a dislocation of the big toe joint. The bump is, in fact, normal bone (not extra) in most cases which has moved out of position.

The cause of a bunion is biomechanical in nature. Several types of foot structure can result in the formation of a bunion. In many cases, instability of a joint along the arch of the foot results in the slow drifting of one of the bones comprising the big toe joint. The structure of your foot is determined by genetics, which means that the many people suffering from pain related to bunions inherited a predisposition to develop one.

Despite what you may read in your google searches, bunions are not caused by shoes. There are certainly some shoes which will accentuate or irritate a bunion more, but the root cause is internal. In fact, patients seen for an early or asymptomatic bunion with a known family history can often slow the progression of the bunion down with early intervention. A bunion does not reverse with wearing special sandals or straps. The only way to correct a bunion is with surgery in some capacity.

So, I Need Surgery? 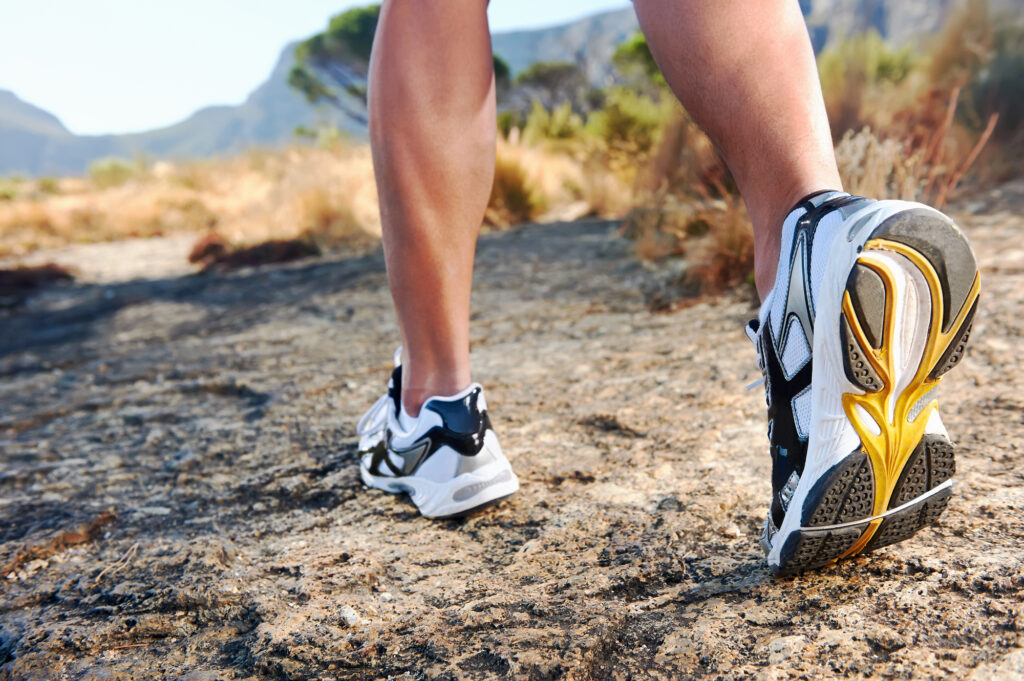 Having a bunion does not in and of itself necessitate undergoing surgery to correct the bunion. This is why bunion surgery is defined as elective. This means it is your choice whether surgery is the right solution for you. In this author’s opinion, a bunion must be bothersome on a regular basis to a point that limits your activities and shoes to be worth the risks and recovery that bunion surgery involves. There are, as with anything, caveats to this. There are circumstances where a patient has foot pain – not in the big toe joint – but that is in fact due to a bunion they have. Examples would be hammertoes, tears of ligaments in the ball of the foot and neuromas to name a few. The instability that is associated with bunions causes an abnormal transition of weight which taxes joints and tendons in the forefoot differently.

What Is 3D Bunion Correction?

To understand where we are today, we have to understand where we came from. Bunions have been treated surgically for a very long time. Surgically speaking, correcting a bunion has evolved over decades. In many instances long ago, the ‘bump’ of bone was simply removed in surgery to reduce the painful prominence. This could at least in the short term provide some relief and improved comfort. However, the instability at the root cause is not addressed. Additionally, removing normal bone can lead to different issues as well as recurrent pain. That said, there are some instances where removing the bump is recommended, depending on age, bone health and the patient in the chair.

Prior to 3D bunion correction, there was a shift from removing a bump to repositioning the bone which had slowly come out of position resulting in the prominence. This type of surgery is called an osteotomy – translated to ‘bone cut.’ There are a variety of techniques whereby the affected bone is cut and shifted to reduce the prominence (or ‘bump’). Next, the bone is secured with screws, pins or plates while the bone heals in its new position. This type of surgery has a benefit over the pure ‘bump removal’ surgery because the big toe joint alignment can be improved often assisting in the effort to have the big toe straighten out. Even with this realignment, the correction is most often in 1 or 2 dimensions. Also, if there is instability of the joint along the arch, the results of this surgery may not be long lasting. The bone may continue to drift leading to recurrence.

The measures evaluated to determine adequate surgical correction are many. First and foremost, patient satisfaction is critical. There is no one procedure that is appropriate for every person with a bunion. Some patients may be satisfied with bump removal, as this surgery has a quick recovery and less postoperative risk than others. Other patients may have had osteotomy procedure and experienced relief of pain and have not developed recurrence. They are satisfied with their outcomes.

Another factor in determining success of surgery includes x-ray findings. Measurements are taken before and after surgery. Many angles are evaluated prior to surgery and these angles change after correction of a bunion. There are also 2 small bones called sesamoids that are situated under the big toe joint. These bones can rotate and shift as a bunion is forming and can be more difficult to realign. The toe rotates also and this can result in the appearance of the toenail looking tilted. Between these two additional considerations, you may be starting to see what picture I am painting. Bunions most often possess abnormalities in position in multiple planes or dimensions.

In an effort to improve surgical outcomes as well as patient satisfaction, there has been a huge shift in thinking about how to correct a bunion. 3D bunion correction is a surgical solution to a bunion that repositions the bone to restore more normal anatomical function as well as motion in the great toe joint. After the position of the bone is corrected, the previously unstable joint is secured with plates, screws, and/or pins to provide a solid construct that minimizes recurrence of the bunion.

So Where Does This “Lapi” Prefix Come From?

There is a procedure in bunion correction which was first described in 1911. The procedure was popularized in the years to follow and ultimately published by Paul W. Lapidus. Lapidus was a foot and ankle surgeon and having been a pioneer in this procedure, this procedure (which consists of fusing the unstable joint in the foot that creates bunions) was named after him. Lapi is a nod to the original procedure described, though the instrumentation and surgical hardware has evolved especially in recent years.

Now that we have discussed the nitty gritty details of this surgery, how about the recovery? The traditional Lapidus procedures were held in place, fixated, with relatively simple constructs. For this reason, the foot had to be generously protected after surgery so as not to disturb the bone or risk shifting of the position achieved in surgery. Because bone takes 6-10 weeks to fully heal, this means not putting weight on the foot for that same timeframe. Now you may think “wow, how inconvenient” but consider also that there is increased post-operative risk when not weightbearing.

Atrophy of muscles, weakening or softening of bone as well as the formation of blood clots are a reality of non-weightbearing status. Swelling also tends to linger more if your leg muscles are not pumping the veins in the leg with each step, as they do when you have no walking restrictions. Therefore, there is a timeframe in which it is preferred to start walking again after surgery. It is the sweet spot between minimizing risk of complications for non-weightbearing and those with weightbearing.

The lapiplasty system at its best allows weightbearing within 1 week of surgery. The individual having surgery may have additional concerns that postpone this, but with other systems, weightbearing is closer to 3 weeks with the assistance of physical therapy. That’s still a far cry from the 2-3 months it used to be.

Physical therapy after reconstructive foot surgery is essential. Our bodies heal by making scar tissue and physical therapy can help reduce stiffness and restrictions after surgery. Additionally, being non-weightbearing and having had a different gait pattern before surgical correction adds difficulty in getting back to your regular routine. Most physical therapy programs begin once stitches are removed and there is some nifty equipment available now that helps to slowly return you to your previous level of function with as little difficulty as possible.

So, if there are multiple ways to have this 3D bunion correction performed, what is right for you?
This boils down to a conversation with your surgeon. Not all systems are available at all surgical locations and as with anything, one system may be preferred over another based on surgeon preference and patient profile.

If you have a bunion – painful or not – a consultation with a podiatrist will afford you a wealth of information and recommendations. The decision to have foot surgery is a big one, but we are here to help you understand your options, giving you confidence in the plan that is best for you.
Call or email for an appointment today! 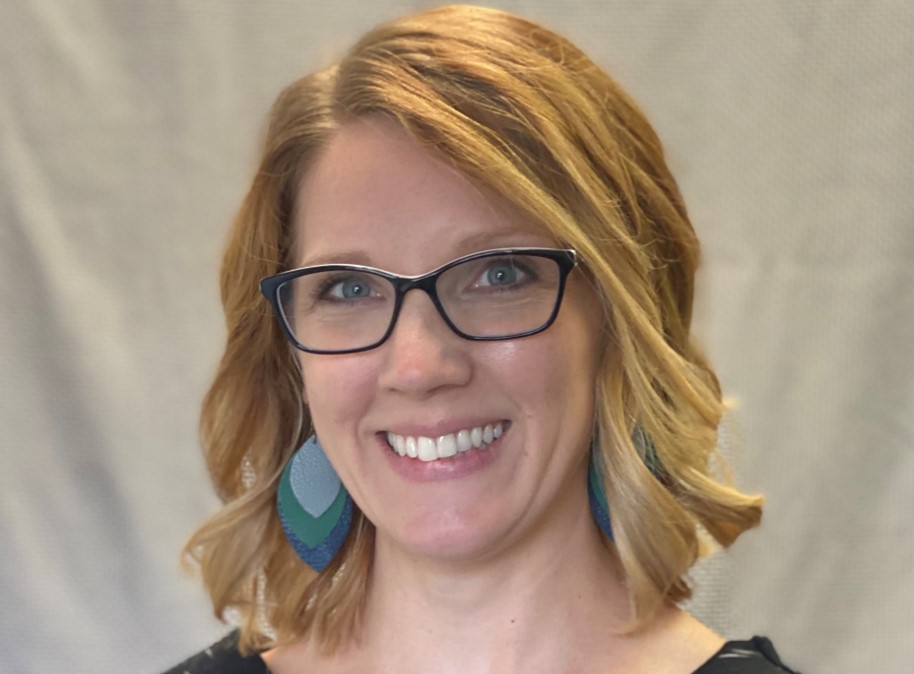