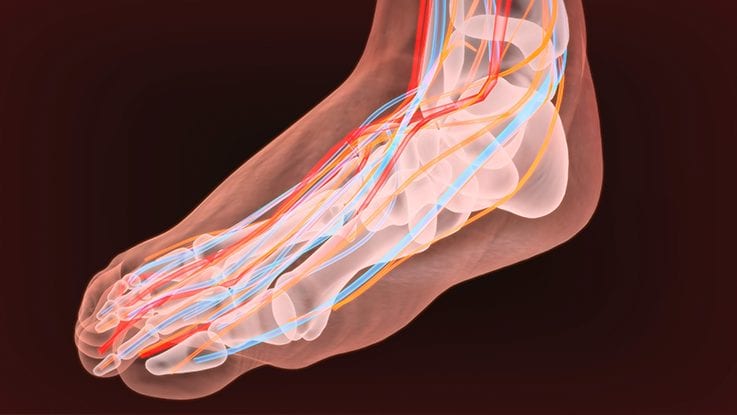 What is the Vascular System?

In our bodies, the vascular system consists of both the venous and arterial branches. From the heart oxygenated blood directly from the lungs is carried out to the body through the arteries which are soft tubes surrounded by a thin layer of muscle. As the arteries go further away from the heart the vessels become smaller and are termed arterioles finally ending in the much smaller capillaries. On the other side of the capillaries, which is where the oxygen is released from the blood cells, the venous system works to return deoxygenated blood back to the heart. First found are the venules which lead to the larger veins that flow together until reaching the heart itself.

The muscular arteries are fundamental for life. They provide secure tubes with which blood can travel in your body to nourish the organs, tissue and skin. All blood must travel in these tubes as there is no free-flowing blood in your body. All of it is contained in either the veins or arteries. With certain diseases or following injury, the blood flow to areas may be slowed or stopped should the artery become blocked. Conditions such as skin ulceration, stroke heart attack, or necrosis can occur should an artery be blocked. A thorough arterial examination by your Weil Foot & Ankle Institute Doctor can help determine if you are having a blockage leading to pain.

We offer non-invasive in-office circulation evaluation using Dnet diagnostic testing technology. PADnet vascular testing is a Medicare-covered test that provides a snapshot as to the efficiency of blood flow in your legs.

Should there be an arterial blockage leading to either pain or potential loss, the Doctors of Weil Foot & Ankle Institute will provide a referral for immediate limb salvage intervention.
Venous system
The venous system allows blood to flow back to the heart through soft non muscular walled tubes called veins. These veins are special in that there is no muscles to pump the blood but there are valves that hold the blood so that the muscles around the veins can press against them and move the blood towards the heart. As the blood flow is slower the potential for clumping and clotting can happen. This is known as a blood clot or venous embolism which in some instances is life threatening.

Weil Foot & Ankle Institute was founded in 1965, by Dr. Lowell Weil Sr, who was inspired by a need to progress the Foot & Ankle Care category into the future through innovation. As one of the first Doctors of Podiatric Medicine (DPM), Dr. Weil... Learn More »