I treat my patients as I would my family, with empathy and compassion and I am diligent about staying current with the most up to date practices in the field.

As a former collegiate athlete, he enjoys treating the athletic populations with both lower and upper extremity injuries. Scott has taken coursework to specialize in the Graston Technique as well as taking multiple classes in the McKinzie treatment method for the spine. Scott has served as a medical volunteer for several recreational races throughout the Northwest Chicagoland area. 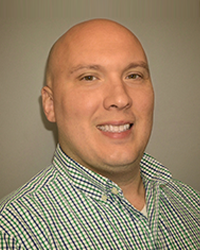