Treating my patients as I would my family with empathy and compassion and staying current with the most up to date practices in the field.

Dr. Bart Beaver is a native Chicagoan who grew up on the south side, in the Marquette Park area. He went to Mount Carmel High School and did his undergraduate studies at Western Illinois University. After that, he went to the Scholl College of Podiatric Medicine in Chicago.

After his graduation in 1990, he did his residency in Detroit, Michigan and has practiced in the Chicago area ever since. His practice primarily focuses on surgery, diabetic medicine, pediatrics, and sports medicine.

In September 2004, he joined and worked with Dr. Michael Buck, forming A Step Ahead in Tinley Park and Lemont. They remained partners until joining the Weil group together in June 2017.

When he is not at work, he volunteers through the Boy Scouts of America as a scoutmaster. He also volunteers for the Avon breast cancer walk and Lions Club food drives. Dr. Beaver has twin sons. He also enjoys weightlifting and triathlon training. 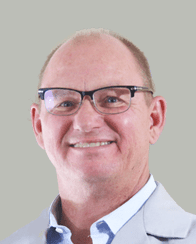 American Board of Podiatric Medicine

American Board of Podiatric Orthopedics

I have had arthritic big toes for many years. Dr Beaver inserted artificial cartilage into my big toe joints which previously had very little range of motion. The rehab took the better part of a year, but now I’m walking better than I have in years, and I’m very happy with the results. I’d recommend this procedure with Dr. Beaver for anyone with arthritic big toes.

Weil Foot and Ankle in Tinley Park has been my Go To Foot Clinic for the past 10 years. I always get good service and really like Dr. Beaver. Also a Great Friendly Staff.

Dr. Beaver operated on two toes, one for a bunion and the other because the bones of the toe had disconnected from my foot! In addition to being an excellent doctor, he is friendly and caring. He gave me his cell phone number in case I had any problems or concerns, which by the way, I used and he responded. I highly recommend him.